The Women’s Professional Billiard Association announces Pay-Per-View Live Stream of the early rounds from the Rivers U.S. Open. Competing in the billiard event will be 48 of the top-ranked women pool players from around the world.

Held in the Rivers Casino beautiful Riverfront ballroom, early round PPV Live Stream will begin with a free and fun sneak-peak tonight, March 9th, when we live stream our Charity Pro-Am and Shoot the Pro!   Starting tomorrow, March 10th, we’ll feature one match per round* through Saturday, March 12th. Purchase a one day pass for only $9.95 or buy the complete 3 day package for $24.95. Visit our WPBA Live Stream page to sign up, sign in and start watching the action!

ESPN3 coverage begins on Sunday, March 13th and will feature (2) semi-finals airing at 1:00 pm and 3:00 pm EST and the finals airing at 5:00 pm EST. ESPN3 delivers thousands of exclusive sports events annually and is accessible online at WatchESPN.com, on smartphones and tablets via the WatchESPN app and streamed on televisions through Amazon Fire TV, Apple TV, Chromecast, Roku, Xbox 360 and Xbox One. The network is currently available to 95 million homes at no additional cost to fans who receive their high-speed Internet connection or video subscription from an affiliated service provider. The Women’s Professional Billiard Association is proud to announce the first Rivers U.S. Open taking place March 9–13 with semi-finals & finals coverage live on ESPN3. Competing in the billiard event will be 48 of the top-ranked women pool players from around the world. People who watch the tournament will see why playing pool is not just a barroom pastime, but a sport that takes years of dedication to master.

The star-studded list of competitors vying for the 2016 Rivers U.S. Open title include Ga-Young Kim, Allison Fisher, Jennifer Barretta, and Jasmin Ouschan, to name just a few. With talent like this, it is sure to be a riveting experience for all in attendance. 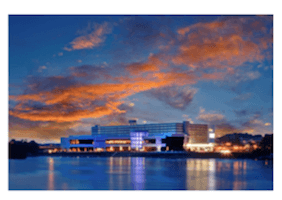 WPBA President, Kimberly Newsome, had this to say: “The WPBA is proud to bring our prestigious U.S. Open to Rivers Casino and excited to be in Pittsburgh for the very first time!

The high-caliber competition delivered by the women on our professional billiard tour guarantees a unique experience, entertaining for novices and seasoned players alike. In our 40th anniversary year, we look forward to presenting these exceptional athletes to our newest venue and city.”

Held in the casino’s beautiful riverfront banquet space, players will warm up on Wednesday, March 9 with a charity pro-am event at 7 p.m. Tournament play will run daily from 10 a.m.—11 p.m. beginning March 10, climaxing with two semifinal matches and the final match on March 13. ESPN3 will broadcast live tournament coverage beginning on March 13 at 1 p.m. ET. Tournament attendance is free of charge and open to the public. All guests must be 21 years of age or older to be on the Rivers Casino property.

“Rivers Casino is pleased to welcome the Women’s Professional Billiard Association to Pittsburgh for its first ever tournament,” said Craig Clark, general manager of Rivers Casino. “These women are a tremendous talent in the sport of billiards and our guests will have the opportunity to watch four days of exciting, competitive play.”

About the Women’s Professional Billiard Association (WPBA)
The WPBA was established in 1976 under the name of Women’s Professional Billiard Alliance and is celebrating its 40th Anniversary in 2016 as the oldest pro player organization in the sport. The WPBA sanctions and produces the Women’s Pro Billiard Tour which features the greatest women players from around the world. The WPBA would like to thank its’ Sponsors for this event: Diamond Billiards, Iwan Simonis, Inc.; Aramith/Saluc and Delta-13.

For more information about the WPBA, its top players, and sponsors, visit www.WPBA.com or find them on Facebook: www.facebook.com/WPBATour and Twitter: https://twitter.com/WPBAbilliards

About Rivers Casino
Opened in 2009, Rivers Casino has been voted a “Best Place to Work” in the Pittsburgh Business Times, a “Top Workplace” in the Pittsburgh Post-Gazette, “Best Overall Gaming Resort” in Pennsylvania by Casino Player magazine and “Best Overall Casino” in Pennsylvania by Strictly Slots magazine. The casino features more than 2,900 slots, 83 table games, a 30-table poker room, nine distinctive restaurants and bars, a riverside amphitheater, a multi-purpose event space, live music performances, free parking and multiple promotions and giveaways, daily. Already, more than $542 million in jackpots have been awarded to players at Rivers Casino. For more information, visit riverscasino.com.