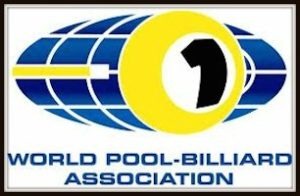 To all BCA and CBSA players that compete at World Pool-Billiard Association events. Below is an update letter from WPA President Ian Anderson.

Thanks to all of you that participated in the recent China Open and congratulations to the two champions, Joshua Filler and Chen Siming. Both these players will be representing Pool at the World Games in Wroclaw, Poland next month.

As many of you realize, we have quite a busy year ahead and I would like to give you an update about some of the events. But first of all, I need to further remind everyone who hasn’t renewed his or her Player License for 2017 that you need to get this done by the 31st July. The cost remains a very modest $15 annually, but if you haven’t renewed by the end of next month and you enter a WPA Ranking event anytime this year, the cost will be $75. At $15, there is no reason for you not to do so and you can do it online at WPAPool.com at
your convenience.

We are aware that a number of players have either given us an incorrect email address or have changed it, so I suggest to you to help your fellow players and remind them to renew to avoid any unnecessary penalty.

WORLD 8-BALL CHAMPIONSHIPS
We have some information about this event and final details will be known soon which will be passed on to you and your member federation. Allocations will go out to our members by the end of this week.
Dates: STAGE 1. 9 – 11 September, STAGE 2. 13 – 16 September
Player Numbers: 96 men / 48 women
Prize Money: Men $294,000 Women $175,000
Venue: Jinan Olympic Stadium
Jinan is a city in China between Shanghai and Beijing and is serviced by high-speed train. It is about four hours from Shanghai and about two hours from Beijing. There are five hotels in close proximity of the venue; an official hotel will be announced soon.

Within the Olympic complex there are a variety of international restaurants serving food from just about every culture.

WORLD 9-BALL CHAMPIONSHIP (men)
As most of you would be aware through worldwide news that there have been some problems associated with Qatar recently. So far there has been no impact on our event and we will continue to monitor the situation. The event is scheduled for December.

WORLD 9-BALL CHAMPIONSHIP (women)
This event will be played once again in China, we are awaiting announcement of dates and host city.

KUWAIT OPEN
The organizer is intending to proceed with this event again this year. There remains some prize money outstanding from last year’s event and I know all of you are aware of the problems that he had with his government. My latest update from him says that he will have the matter resolved very soon and all
payments will be finalized. More than 85% of the prize money has been paid, but unless this is completed, then of course we will not proceed with the event.

WORLD 10-BALL CHAMPIONSHIPS
The organizer has confirmed that he will host this event for men and women, although no contract has yet been signed. It is anticipated that contracts will be signed by mid-July and upon that happening, details will be announced. Dates already reserved on our calendar are 9 – 22 October although the event won’t
use all of these days. As soon as more details are available they will be passed on to everyone.

As I said earlier, we have a busy year ahead and I wish all of you the very best for a most successful season.