Pool’s most prestigious title up for grabs once again in Doha, Qatar 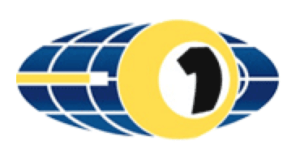 The professional pool year will close out in style for 2017 as the WPA World 9-ball Championship kicks off December 9th at the Al Arabi Sports Club in Doha, Qatar.

This will be the 8th straight year that the tiny Gulf country, through the government sanctioned Qatar Billiards and Snooker Federation(QBSF), has put its full backing behind the sport of pool’s biggest and most important event. Once again 128 players from over 40 countries will clash to see who will be crowned the king of 9-ball pool.

As usual the tournament will be run in two brutally difficult parts. The Group stages will run from Dec. 9-11. The players will be broken up into 16 groups of 8 playing a race-to-9, alternate break, double elimination format. Four players from each group will make up the final 64, which marks the start of the always tense and dramatic single elimination phase of the tournament. Matches will then become race to 11, alternate break. The final, which takes place on December 14, will be a race to 13.

In 25 previous editions dating back to 1990, the World 9-ball Championship has always provided the kind of nerve rattling drama that has captured the imagination of pool fans around the globe. It’s that kind of pressure cooker atmosphere that has always weeded out the pretenders to pool’s ultimate crown, and produced a veritable pantheon of pool greats.

In 2016 Austria’s Albin Ouschan added his name to the illustrious list of champions with a 13-6 drubbing of American Shane Van Boening. It was the second straight year that the talented American star had lost in the finals. In 2015 Van Boening lost out to Taiwan’s Ko.

Who will reign supreme in 2017? Look for players from the Philippines, Taiwan, China, and several European countries to make the biggest impact and likely make a run at the crown. Of course it’s always a crap shoot trying to determine who will rule a field filled with pool giants, newcomers and possible contenders. And as always in pool, the tense and dramatic nature of the format and the event itself generally means that the cream always rises to the top.

Fans around the world will be able to view many of the matches via the QBSF’s free live streaming platform. Multiple tables will be available to view online at no charge to the public. The WPA will provide more information regarding the live stream in the coming days.

The 2017 World 9-ball Championship is hosted by The Qatar Billiard and Snooker Federation(QBSF), and was sanctioned by the The World Pool Billiard Association, the governing body of the sport of pool.

Fans can interact with us through the WPA’s official Facebook Page for the event at this link;https://www.facebook.com/worldpoolbilliardassociation/

Visit the official website of the WPA at www.wpapool.com