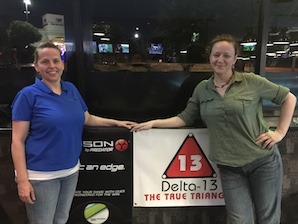 Skinny Bob’s Billiards www.skinnybobs.com, along with tour sponsors Delta-13 Rack www.delta-13.com, and the APA of North Harris County www.facebook.com/apanorthharriscounty, facilitated another successful event for the ladies, who competed for over $1,000 in prize money, in a one-day competition! It was the fourth stop on this year’s acclaimed Gulf Coast Tour, the sanctioned WPBA Regional Tour which emerged with its fledgling season in 2013, and has accumulated the largest WPBA member following of the (13) regional tours, to date. With 43 WPBA Memberships under its belt, and 6 major stops in 2015, the Gulf Coast Tour is looking towards expansion in 2016. “Our goal is to build the Gulf Coast Tour organization through WPBA Memberships ($25 annually) which provide a laundry list of perks for our players. WPBA Membership is required to participate on our tour, but there are no other fees other than our $25 entry fee. We’re making this tour work through solidarity and sponsorship. WPBA Regional Tours are the grass-roots network that feed the women’s pro billiard tour, and that means continuously building our WPBA member base in order for all these pieces to expand, as a whole. It’s about getting the word out through press releases, social media, and business relationships, inside and outside of our industry”, states Kimberly Newsome, regional tour director, WPBA President and Touring Pro. “The WPBA will celebrate its 40th Anniversary in 2016, and we look forward to a very special year!” 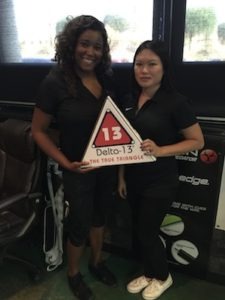 Players came out in full force, with a near 50% increase over last year’s attendance. Local favorites included Jennifer Kraber, Kim Sanders, Julia Rapp, Veronica “Pistol Perez” Perez, and Kim “Texas Heat” Pierce. The road to the winners’ side final four saw Williams defeat Houston’s Tangela Hunt, 5-2, D’Andrea McQuirter, 5-1, and Angie Payne, 5-2, as Pierce made her way with wins over Rapp, 5-3, Loretta Lindgren, 5-2, and Perez, 5-0. Kraber ousted Teresa Garland, 5-4, Francis Marron, 5-0, and Tam Trinh, 5-1, while Michelle Cortez blew past Jennifer Yo, 5-2, Julie Enzensperger, 5-1, and Erica Hanlon, 5-2. Pierce fell to Williams, 5-1, while Cortez bested Kraber, 5-3, staging a Williams versus Cortez hot seat match. On the one loss side, after a second round loss to Hanlon, 5-1, Alicia Huff won an impressive four consecutive matches, eliminating Hunt, 4-0, Enzensperger, 4-1, Perez, 4-2, and Rapp 4-1. Lindgren also made a strong bid on the one loss side, with wins over Liz Mitchel, 4-3, Garland, 4-2, and Hanlon, 4-1, before falling to Trinh, 4-0. It was Kraber over Huff, 4-0, and Pierce eliminated Trinh, 4-3. Hot seat action witnessed Williams defeat Cortez, 5-1, while Kraber bested Pierce, 4-1. The defending champion blew past Cortez in similar fashion, 4-1, to tee off with Williams in the final round. In the first set of the true, double elimination final, Kraber’s momentum was unwavering, but Williams was determined to make her mark. Both players were closing in, but it was Williams who captured the final game to win the set, 5-4. Congratulations to Tara “Firecracker” Williams on her first Gulf Coast Tour win!

The Gulf Coast Tour will host its first $1,000 added 10-ball event and 2016 Masters Qualifier on September 12TH-13TH at Bogies Billiards & Sports Bar (3040 FM 1960 E). This will be the Gulf Coast’s first-ever, $1,000 added, 2-day event, and all members are encouraged to bring a new player in order to increase attendance! To view the event flyer, visit www.facebook.com/GulfCoastTour. For more information about the Gulf Coast Women’s Regional Tour, contact Kimberly Newsome at 713.825.1411.