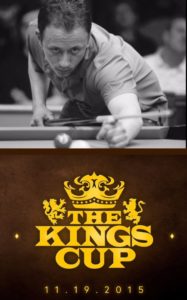 Dragon Promotions, producer of November’s upcoming Kings Cup announced that, “An amazing cast on Team West is now perhaps the greatest western team ever assembled. USA’s #1 ranked Shane Van Boening will be America’s contribution to Team West as they face the mighty Asians in the inaugural Kings Cup!

“European and American champions will go against Asia’s champions on November 19th at Resorts World Manila in the inaugural Kings Cup! In what surely will become the most epic rivalry in cue sports, the pool world is about to get rocked in a war that fans have been dreaming about for years. The Kings Cup, a first time ever event pitting the men’s champions of Europe & USA versus the champions of Asia in a three day contest to declare which side is the strongest, the East or the West. On November 19th-21st  2015, the world, as well as the players themselves, will find out!  Four players on each side will be selected to represent their continent. 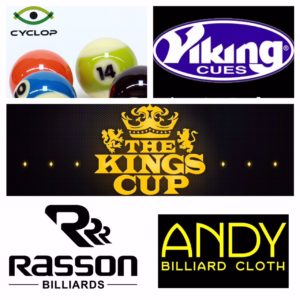 Shane Van Boening had a lot to say during his interview about the Kings Cup and playing for Team West.
“The competition is much bigger over there against the Asians. And it’s going to be interesting playing with the Europeans  for my first time. But I’m very excited because I know the atmosphere will be great. There’s going to be a lot of fans watching and big TV coverage. That’s why I really enjoy playing in the Philippines the past 10 years”

“Shane is a phenomenon. (laughs) It would be silly to not want him in any team event you play in. It’s fortunate to have him on our side”, said Mika Immonen, Captain of Team West. “Its going to be an interesting opportunity to work with him.”

“Mika is one of the best rotation pool players ever, and he’s a Hall of Famer. “I think he will be a good captain and I’m excited to play with him. And I’m looking forward to playing with Darren. He and I never have issues, and are friends on and off the table. I think its going to be a  lot fun to play with him finally’ “, explained Van Boening. 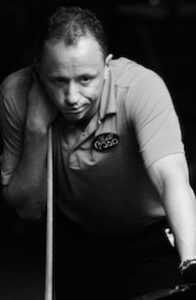 “Shane Van Boening started his rise to the top joining the pro tour in 2006 and a year later with a runner-up finish at the 2007 World Summit of Pool aired on ESPN. That same year featured his breakout win at the Dragon Promotions World 10-Ball Championship in Florida where he overcame a top notch field of 96 pros. From there he became a unstoppable force in America, winning nearly every major including 4 US Open titles. He has retained the top spot in the US rankings for the past 5 years. More recently, Shane barely lost in the finals of the World 9-Ball Championship in Qatar.

” ‘Shane has had a truly amazing career thus far, and barely starting into his prime years. He has made history in so many ways, and I’m pretty sure no player has dominated on US soil like Shane has in the past few decades. For sure no American has come close to rivaling his accomplishments in the last 5 years, and he is going to be a force in the Kings Cup’, said Charlie Williams, executive producer of the event.

” ‘It’s great to have, in my opinion, one of the greatest American players of all time in our team,’ commented Darren Appleton.  ‘Me and Shane obviously usually battle against each other and played against each other so many times in Mosconi Cup and events around the world .. So it’s great to have him on my side for once. I really think with Shane joining the team it makes it an even match against Asia. ‘

“One rare chink in the vast titles in Van Boening’s repertoire, is the amount of times he has been on the losing side of the Mosconi Cup, the yearly event pitting USA vs Europe. Van Boening tasted victory only once, with 7 excruciating losses. Including the past 5 years in a row Shane has been on the short end of the stick, something he is not used to.

“” ‘I think this is going to be a whole lot different than Mosconi Cup for me. Usually there’s a lot of work for me to take care of the team and then I have to play as well. In Kings Cup there are multiple world champions on the team. Mika, Darren, and Albin who was World #1. All three are great players. They know how to prepare themselves to be in a world championship finals. They always stay hungry and I don’t have to worry about any of them”, explained Van Boening.  It means less work for me, and I can focus more on playing. That makes me excited. ‘ ”

Follow the Kings Cup at www.facebook.com/kingscuppool and visit www.KingsCupPool.com for updates.
Fans and sponsors can e-mail dragonpromotionsnews1@gmail.com

Pay Per View early bird discounted special is now available on www.KingsCupPool.com. Fans can watch live or the delayed telecast upto 24 hours after the event at their convenience.