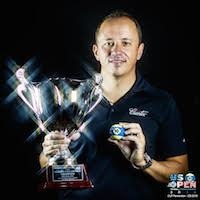 Van Boening’s tournament started strong, with wins over Chad Sholders, 10-4; Tommy Tokoph, 10-7; Georgi Georgiev, 10-5; Amar Kang, 10-6, and Sky Woodward, 10-5, before being bested by runner-up Rodney Morris in the hot seat match, 10-7. Morris forced Van Boening to the loser’s side of the bracket where he beat Canadian John Morra 10-6, to ensure himself a spot in the finals and another shot at Morris. 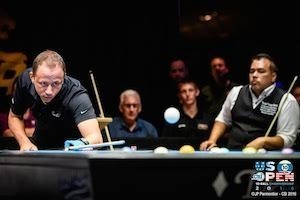 The finals match remained close until the score was tied at eight games each, when Van Boening broke and ran the rack to move ahead in the single race-to-13 final match. Van Boening capitalized when Morris made mistakes and played solidly to capture every game until he pocketed the final 10 ball and the championship title. 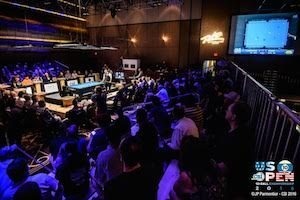 “I’ll always support (Mark Griffin’s) events and play in them,” Van Boening said. “He’s done so much for me.”

The 2016 US Open 8-Ball & 10-Ball Championships are being held in conjunction with the 40th BCAPL National Championships, July 20-30 at The Rio All-Suite Hotel & Casino. The event features more than 5,000 amateur players representing 47 states, nine Canadian provinces and 11 countries, competing in approximately 40 divisions, on 300 Diamond pool tables. The annual tournament also includes about 50 exhibitors.

Several challenge matches are also scheduled, including the Pick Your Poison Challenge, which has Hohmann facing Van Boening, in a race to 21, 8-ball; the Tiger Challenge, where legend Francisco Bustamante will take on Rodney ‘The Rocket’ Morris in a race to 21 in 10-ball; and the OB Challenge, which features Justin Bergman of Fairview Heights, Il. against Corey Deuel of San Leandro, Calif.

General admission for spectators not participating in the amateur tournaments is $25 per person per day. Day passes are available at the CSI registration desk in the rotunda outside the Pavilion. Event VIP seats are available for $200 and are available online at http://www.playcsipool.com/2016-vip-seats.html.

For more information, photos, or to set up interviews, contact Mary Coffman, CSI Marketing Manager at 509-308-9814 (cell); or by email at maryc@playcsipool.com.