The CueSports International (CSI) US Open 10-Ball competition (July 24-26) named a winner on Sunday and now the US Open 8-Ball Championships (July 29-31) is underway at the Rio All-Suite Hotel & Casino, Las Vegas, NV. 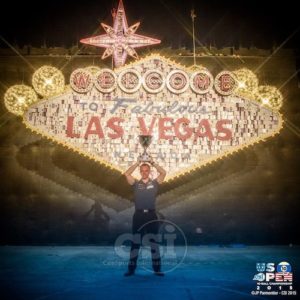 In the final match-up on Sunday for the 2015 CSI U.S. Open 10-Ball title, Thorsten Hohmann added the tournament to his long list of victories.

Hohmann’s march toward the title brought him to the Winner’s Side Bracket with 7 other undefeated players. His pairing at this point was against Mike Dechaine. Hohmann got past DeChaine and then also sent Darren Appleton to the One Loss Side Bracket.

In the “hot seat” between Justin Hall and Thorsten Hohmann on the Winner’s Side, Hall handed Hohmann his only loss up to this point in the tournament. Hohmann now in the final of the One Loss bracket rebounded with a win over Van Boening to earn another shot at Justin Hall. This time Hohmann was the victor and earned the US Open 10-Ball title in the final single race to 13 match.

The competition is taking place on  7ft Diamond Tables with Pro Cut Pockets, covered in Simonis 860 Tour Blue Cloth. The tables are equipped with Cyclop Balls and Magic Ball Racks.

Both the US Open 10-Ball and US Open 8-Ball Championships are USA Mosconi Cup Team points events! Players finishing in the top 32 earn points on a sliding scale. The top three American players with the most points at the end of the year will be selected for the USA Mosconi Cup Team! To learn more,  CLICK HERE