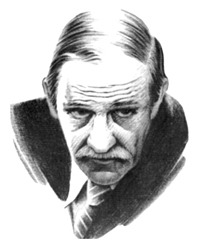 Joe Balsis was born in Minnersville, Pa.  Balsis never could resist knocking the balls around one of the pool tables at father John Balsis’ recreation room.  By the time he was 11, Balsis was playing exhibitions against the likes of Andrew Ponzi and Erwin Rudolph. He won junior titles four consecutive years.  During pool’s doldrum years Balsis left the game and it wasn’t until 1944 that Balsis, a boat machinist in the Coast Guard, won his next title; Armed Services Champ.  In 1964 “the Meatman,” as Balsis is known because of his family’s meat business, returned to competitive pool.  Between 1965 and 1975 Balsis competed in the finals of the U.S. Open five times, winning twice (1968 & 1974). He won the prestigious Billiard Room Proprietor’s Association tournament in 1965, then captured the World All-Around championship in Johnston City, Ill., in 1966.  He won the Jansco brothers’ Stardust Open all-around title back-to-back in 1968 and 1969.