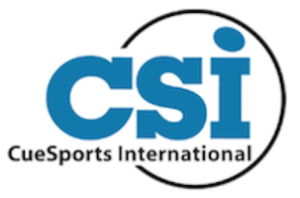 CueSports International, Henderson, NV (February 3, 2016) – CSI is excited to announce that Fargo Ratings will be used at pool’s 2016 BCAPL National Championships for the purpose of placing players and teams in the appropriate divisions. We are confident that this will be a major improvement in making all divisions much more competitive.

Why use Fargo Ratings for the BCAPL National Championships?

With enough data, FargoRate is the most accurate and unbiased pool player rating system ever developed. Data from past events reveal an enormous range of talent within every division. The 2015 Men’s Open Singles division had a rating spread of nearly 700 and several players that could be classified as professionals. The 2015 Men’s Leisure Singles division had several players with skill levels equal to many in the Advanced division. These are just two of many examples but the typical player in most divisions had almost no chance of beating the top players. This problem, which exists in many national events, can now be solved.

How to Obtain or Lookup a Fargo Rating

Players may look up their official rating any of the following ways:

Players can view their own ratings and can search for potential teammates and see their ratings.

Rather than registering for a specific singles division, players will now register for a type of singles event. As an example, assume a player registers for Mixed 8-Ball Singles. After registration is closed, the entire field will be divided into audcasinos separate divisions (Platinum, Gold, Silver, & Bronze) based on Fargo Ratings.

While women’s-only divisions are offered, women now have the opportunity to compete against men of similar skill level. Under Fargo Ratings, women rated 450 are the same as men rated 450. Therefore, women are encouraged to participate in mixed divisions.

Scotch doubles teams will register for specific divisions which have team rating limits. The sum of both players’ Fargo Ratings may not exceed the division limit. The divisions and team limits are shown below.

Teams will also register for specific divisions which have team rating limits. Teams must specify “core players” for the purpose of establishing a team rating. The sum of core players’ Fargo Ratings may not exceed the division limit. Teams may also list “substitutes” on the team roster. However, a substitute must be rated the same or lower than the person being replaced in any round. The divisions and team limits are shown below.

Because Fargo Ratings are updated every day, there is a 10-point “forgiveness cushion” for players rated 720 or lower at the time of registration but their rating moves above 720 before the tournament. If a player’s rating moves beyond 730, the player or team will have the following options:

Example: A player had a 703 rating at the time of registration but it moved to 735 (5 over the cushion). The player will incur a 1-game penalty in each match (opponents get a 1-game spot).

There is a 10-point per player “forgiveness cushion” if the team is eligible for a specific division at the time of registration but one or more members’ ratings move up to push them over the limit. If the team rating moves beyond the cushion, it will have the following options:

Each division has its own specific requirements regarding membership, eligibility, format, etc. Those details and much more can be found on the entry forms which can be downloaded by visiting the official 2016 BCAPL National Championships webpage.