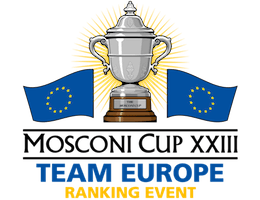 MIESKO FORTUNSKI is yet another in a long line of Polish players to make an impact in Europe as he won the Italian Open on the Euro Tour last week to take the early lead in the 2106 Team Europe Mosconi Cup rankings. The young Pole defeated seasoned vet Ralf Souquet who is himself looking to make his record-equalling 17th appearance in the annual Europe v USA 9 ball challenge.

Other high finishers were two-time Mosconi Cup winner Nikos Ekonomopoulus and Jayson Shaw who both reached the semi-finals. Shaw has made his Mosconi Cup intentions clear this year by competing in the opening qualifying event. Niels Feijen and Mark Gray were also in the points as was Konstantin Stepanov, a Mosconi Cup winner in 2007.

There will be three separate ranking lists with the top player in each ranking gaining an automatic spot on Team Europe for the 23rd annual Mosconi Cup which takes place at the Alexandra Palace, London from 6thto 9th December.

Due to an irregular points being attributed for the Derby City Classic, below is the revised

For full rankings go to www.matchroompool.com/mosconi-cup