Pool lost two of its longstanding promoters in the last month. Just after we headed to press with our April issue we learned that on March 21, creator of Billiards International, the Challenge of Champions and Tournament of Champion events, Matt Braun, passed away at the age of 84.

On the morning of April 23, we learned of the passing of Barry Behrman, creator and producer of pool’s longest running pro 9-Ball tournament, the U.S. Open. Barry was 70. 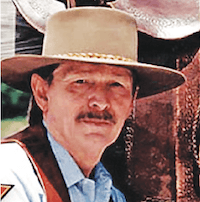 Matt Braun was born in Oklahoma from a long line of ranchers, a fourth-generation Westerner, and author of over 50 western fiction books. His novel BLACK FOX was adapted into a six-hour miniseries by CBS, and ONE LAST TOWN was adapted into a two-hour movie by TNT.

Among other honors, Braun was inducted into the Hall Of Fame by Western Writers of America and won the Owen Wister Award for Lifetime Contribution to Literature of the American West. His novels are written with a passion for historical authenticity and realism, and based on actual incidents. Dee Brown, the noted historian and author, commented on his work: “Matt Braun has a genius for taking real characters out of the Old West and giving them flesh-and-blood immediacy.”

In the 80s’ Matt Braun also became a household name in the pool world, creating made-for-TV events including the Challenge of Champions, Tournament of Champions and Trick Shot Challenge events for ESPN/ESPN2. Featuring small, invitational fields, short races and winner-take-all purses, they were a fan favorite for millions of pool fans. 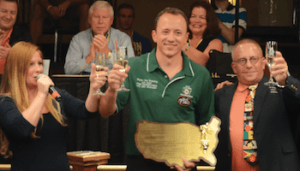 Barry Behrman opened Q-Master Billiards in Virginia Beach, VA, 45 years ago and held his first U.S Open Championship after having been inspired by the tournaments he saw at Bill “Beenie-Weenie” Staton’s Jack and Jill Billiards in Arlington, VA. His very first champion was Mike Sigel, who went on to win the event three times over the next eight years to affirm his status as a true champion.

Mr. Behrman announced his retirement as the promoter of the U.S. Open in 2015. According to an AZBilliards report, health issues followed fairly quickly, stemming from a stubborn infection that would not respond to antibiotics. He had been mostly hospitalized since January with a lot of time spent in Intensive Care.

Mr. Behrman grew the original 16-man U.S. Open Championship field into the biggest and most important event in North America, sometimes showcasing fields of over 200 players. The event began at Q-Master Billiards but soon outgrew that venue and was held for a number of years at the Holiday Inn of Chesapeake before moving to its longest-running home, the Chesapeake Convention Center. The latest home of the event was the Sheraton Waterside in Norfolk.

Mr. Behrman was certainly one of the most colorful and sometimes controversial figures in the game. He was a consummate promoter, always on the phone to friends around the world pushing to draw more players, more fans and to provide new attractions for those fans. His events sometimes included trick shot exhibitions and pipe and drum corps and he was always willing to try new things to improve his product.

Barry Behrman is survived by his son, Brady, and his daughter, Shannon Behrman Paschall.

The U.S. Open 9-Ball Championship will continue under the supervision of Pat Fleming of Accu-Stats Video Productions.