Pool & Billiard Magazine DAILY is spotlighting a player or promoter who has been previously inducted into the Billiard Congress of America’s HALL OF FAME. 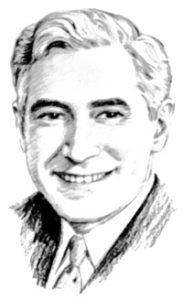 Frank Taberski grew up in Schenectady, N.Y. At the age of 26, he attended a pocket billiard championship in New York City, and came home convinced he played as well as the champions.  The next year, he entered and placed third behind Johnny Layton.  From then on, he was almost invincible. In those days, 450 point challenge matches were the means of competition; the prize a ruby and diamond studded gold medal with the proviso that any one who won 10 consecutive challenge matches could keep it.  Alfredo DeOro had come closest with five straight defenses.  By 1918 Taberski had accomplished the impossible and the medal was his.

A Tradition of Greatness: