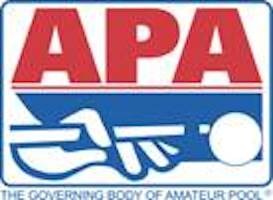 LAKE SAINT LOUIS, MO (Nov. 15, 2016) — It’s about leaving a legacy. Sure, there’s perks too.  Like a getaway to Tampa, one of the premier vacation destinations in the world.  An all-expenses paid trip to a pro event next year courtesy of the APA.  Oh, and let’s not forget the championship trophy – a combination of marble and bronze that more closely resembles a piece of fine art than something awarded at a tournament.

But winning the U.S. Amateur Championship is all about the title.  It’s about leaving one’s mark on the sport of pool.  It’s about having your name and your accomplishment forever etched in history.  That’s what drove more than 2,000 of North America’s top amateur players to try and qualify.  That’s what brought 128 men and 33 women to Stroker’s in Palm Harbor, Fla., in early November to compete in this year’s U.S. Amateur Championship.

Brian Parks of Bakersfield, Calif., has already left his legacy on the sport.  The three-time U.S. Amateur Champ had little to prove. He’d been there and done that.

That was before a then 68-year-old fellow Californian named Henry Brodt decided to come out of retirement to win his third U.S. Amateur Championship title in 2015 – tying Parks record.  In his post-victory celebration, Brodt playfully “called out” Parks – who’d chosen not to compete last year.  Aware of Brodt’s good-natured ribbing, Parks returned this year, determined not to share his unmatched excellence.  Early on, he showed no rust from his one year hiatus.  He was vintage Parks, going undefeated through the first two days of competition and knocking off some of the top players in the field including Troy Jones, Marvin Guss and Brett Stottlemyer.

Then came an unexpected setback – a loss to the up-and-coming James Adams of Brooksville, Fla., a potential heir apparent to the U.S. Amateur Championship throne.  Parks would have to fight his way back through the one-loss bracket, and avenge his earlier round loss to Adams, to advance to the final round.

In the final round, Parks would face young Daniel Gambill of Hickory, N.C.  Gambill, another U.S. Amateur Championship regular who’s poised to be part of the event’s next generation of perennial stars.  Gambill had gone undefeated throughout the event and was playing arguably the best pool of his career.

The finale began in the 8-Ball set at Parks choosing.  Gambill opened with two quick wins.  Parks regrouped for two wins of his own.  They’d go on to split the next four games and were dead-locked at 4-4 heading into the 9-Ball set.  That’s where Parks shined.  He won seven straight games, giving Gambill few chances at the table.  What moments before looked like it might be a hill-hill nail-biter, was suddenly over faster than anyone expected.  Parks had won 11-4, and secured his fourth U.S. Amateur Championship title.

A gracious Gambill was the first to congratulate him, understanding all too well who’d defeated him, and knowing that his time would eventually come.

Parks will compete in the 2017 U.S. Open, and his name will once again be added to the Larry Hubbart Trophy of Champions.  Gambill finished as Runner-up, while Adams finished in 3rd Place – it was both players top finish in U.S. Amateur Championship competition.

Generally it takes newcomers a few years of U.S. Amateur Championship competition to be in a position to take home the title.  Maybe it’s the combination 8-Ball and 9-Ball format.  Maybe it’s the level of competition.  Whatever it is, it certainly wasn’t the case for Robin Parker of Birmingham, Ala.  After failing to qualify in a Preliminary Round five years ago, Parker not only qualified, she steamrolled this year’s Women’s U.S. Amateur Championship field in just her first appearance.  Parker went undefeated, taking out seasoned veterans like Dee Dee Copeland and former champion Betty Lea.

Her most difficult test would come from Jackie Blomlie of Ocala, Fla. Parker sent Blomlie to the one-loss bracket early on the final day of competition, but Blomlie would put herself in position to avenge the loss by ousting Lea for a spot in the final round.

In the finals, Blomlie got on the board first with a win in the 8-Ball set, and led 3-1 after four games.  An unfazed Parker would take the next two games, and evened the match 3-3 as the ladies moved into the 9-Ball set.  Blomlie again got on the board first in the 9-Ball set.  Just when it looked as though she might open up the match, Parker rose to the occasion, and reeled off six straight wins for a dominating 9-4 win.

The victory secures Parker a spot in a 2017 WPBA pro event, while Blomlie had to settle for a strong Runner-up finish.  Former champion Betty Lea (’06) finished in 3rd Place in her first U.S. Amateur Championship competition in several years.

The entry window for the 2017 U.S. Amateur Championship will open April 1 with the Preliminary Rounds scheduled across North America in mid-September.

The 2016 U.S. Amateur Championship was conducted by the APA, and is the only tournament produced by the APA open to both members and non-members.  Preliminary qualifying rounds were held throughout the country in mid-September.

As Champions, both Parks and Parker will return next year to defend their coveted titles.

The U.S. Amateur Championship is a double elimination tournament that offers the nation’s top amateur players the opportunity to showcase their skills through a combination of 8-Ball and 9-Ball matches, in the only APA event that does not use The Equalizer® handicap system.

The APA, based in Lake Saint Louis, Mo., sanctions the world’s largest amateur pool league, with leagues throughout the United States, Canada and Japan.  More than 250,000 members compete in weekly 8-Ball and 9-Ball League play.  The APA is generally recognized as the Governing Body of Amateur Pool, having established the official rules, championships, formats and handicap systems for the sport of amateur billiards.

The APA produces three major tournaments each year—the APA World Pool Championships, the APA Poolplayer Championships and the U.S. Amateur Championship—that, together, pay out more than $2 Million in cash and prizes annually!

The APA and its championships are sponsored by Aramith, Action Cues and Pool Dawg.

For complete coverage of the U.S. Amateur Championship visit http://www.poolplayers.com/usam/.