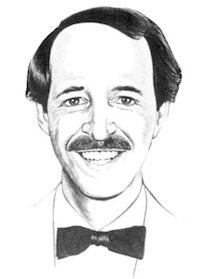 Mike Sigel, at 35, became the youngest male elected to the BCA Hall of Fame.  Born in Rochester, N.Y. Sigel began playing pool at 13, and turned professional when he was 20.  A natural right-hander who shoots left-handed, Sigel won his first major tournament, the U.S. Open 9-Ball Championship, in 1975.  His career blossomed quickly, and Sigel was perhaps the game’s dominant player in the 1980s. He amassed 38 major 14.1 and 9-ball championships in that decade.  Sigel has won three World 14.1 crowns (1979, 1981 and 1985) and one World 9-Ball title (1985) as well as numerous national titles.