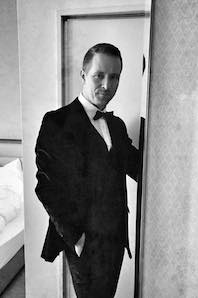 (Dragon Promotions, Manila, Philippines, Sept. 13, 2015)   One of the most successful and decorated players in the history of Europe will lead the Euro/USA Team vs Asia on November 19-21st.

Mika Immonen Will Captain the West in Kings Cup

The Iceman cometh again, this time with backup. Two times world champion Mika “Iceman” Immonen of Finland is the first player named on Team West and has also been chosen as the Captain. Immonen will lead his squad of Europeans and Americans against Asia’s champions on November 19th at Resorts World Manila Casino & Hotel in the inaugural Kings Cup! Immonen will also do battle with his counterpart Efren “Bata” Reyes who will Captain Team Asia in what surely will become the most epic rivalry in cue sports. The pool world is about to get rocked in a war that fans have been dreaming about for years. Dragon Promotions is pleased to announce the Kings Cup, a first time ever event pitting the men’s champions of Europe & USA versus the champions of Asia in a three day contest to declare which side is the strongest, the East or the West. On November 19th-21st  2015, the world, as well as the players themselves, will find out!  Four players on each side will be selected to represent their continent. The Kings Cup will be hosted by the award winning Resorts World Manila Casino & Hotel and produced by Dragon Promotions. 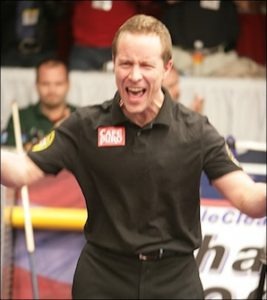 The timing couldn’t be better for Immonen or Team West. Mika has initiated a hot streak upon his recent wins in the past 2 weeks at the Black Sea Cup and the Dynamite Open, both taking place in Romania.

Immonen has ended a champions drought with the recent back to back wins in Europe. Fantastic timing for the newly appointed Team West captain. Destiny? 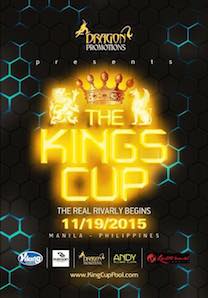 “I’m deeply honored to be on the team. Until recently I haven’t been as visible as I would like to be on the pool wins radar, but I feel as ready as ever!” said the Finnish national hero. When asked about the level of challenge Asia would bring in team competition Mika replied, ” Oh yeah, its going be tougher than playing any USA team we ever faced.  The talent is not as deep anymore in the USA, I think that’s obvious from the last decade of Mosconi Cups. So its going to be tougher. This will be the most concentrated talent of players ever assembled. It’s going to be exciting and nerve racking. Amazing pool for sure.”

“Mika Immonen is the most experienced pool player on the team. It’s not just about all the wins he has had, which are countless, but all the losses,too. He’s gone through some of the toughest losses in the sport. But has always come back stronger than ever. That’s why he is on the team, and that’s why we feel he will be a great leader”, said Charlie Williams, Dragon Promotions Executive Producer of the Kings Cup.

Williams adds, “Believe it or not, he turned down the position of captain at first and I needed to sway him!”

“Yes, that’s true”, Mika admits. “The first thing I said was that I don’t know if I deserved to be captain. Or if I wanted that responsibility. But Charlie convinced me. I did realize that I have a good track record in team events. The Patriot Cup, Mosconi Cup, World Cup of Pool were all events I have won. I learned a lot from Johan Ruysink and Oliver Ortmann playing under them for Team Europe. I’m confident I’ll gather all those experiences and put something together that will work for us.”

“Plus going against Efren Reyes as captain is an obvious honor and challenge in itself.”

Immonen has been named MVP in multiple major pro team competitions. Besides that, Immonen is one of the most successful players in the world, and arguably the most successful player in European history. He was voted Player of the Decade by Billiards Digest, and has won the World 9-Ball Championship, the World 10-Ball Championship, and the first European of only two, to have won back to back US Open Championships. Immonen has also won major titles in numerous Asian countries including the Korea International Championships, the All Japan Championships, the Philippines Open. Immonen was also inducted into the billiards Hall of Fame, only the second European to ever received the honor. 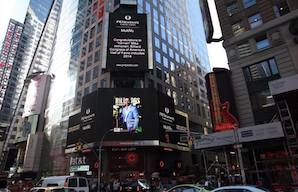 Mika has been one of the most recognizable figures in the sport and a top sports star in Finland. Pictured is Immonen in NYC’s Times Square last year

“Winning many events here in the Philippines in the past will definitely come in handy. The crowd can be a big factor, so maybe we can win some of the crowd to our side”, said Immonen. ” But I have a good track record there and I’m comfortable in that environment.”

The remainder 6 players will be announced in the upcoming 2 weeks following the World 9-Ball Championship. Fans are highly anticipating the final selections. The Captains are,too.

“It’s a very interesting format for me. And I have interesting feelings playing with an American on our team. But I think it’s going to be fun to be on the same side.” As far as who would be the one player Mika would pick if he could, to be on his Euro-USA squad?
“Darren Appleton. He’s been the most solid player in recent years and has no weaknesses.”

The Queens Cup was broadcasted worldwide and exceeded ratings expectations. Many predict that the Kings Cup is going to be a gigantic hit as it touches upon the rivalry between the East and the West.