Leroy Kinman was born in Williamstown, Kentucky on March 13, 1928 to Roy and Alpha Kinman. His wife of 59 years, Shirley Louise, and siblings Lula, Eula, Hilda, Evelyn and Joe predeceased him. He passed away on May 8, 2017 at 90 years of age in his home in Arlington, Texas. Leroy was the youngest son and youngest child of six siblings.

Leroy was introduced to pool as a young boy when he was allowed to stand on a Coca Cola crate and use a table in the local pool hall. He became a proficient player by the time he graduated from high school. 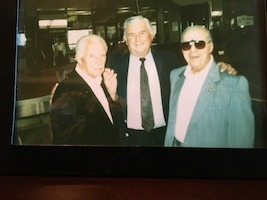 After a short stint in the Army Air Force he enrolled in Eastern Kentucky State College. There his interest in pocket billiards led to a meeting with the great Willie Mosconi, who urged him to enter the NCAA (collegiate) pocket billiard tournament. The next year Kinman won the national championship, a feat he repeated in each of his two remaining years in college (1949-51). 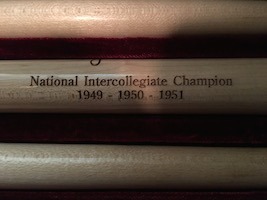 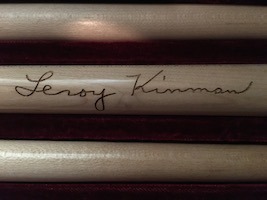 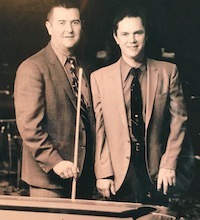 In the mid-1960s Leroy opened a ‘pool hall’. Campus Billiard Center was a family friendly place with little smoking, no alcohol, and a great following among UTA students and the public.

Kinman also had a long business career with the Bituminous compay, where he worked for nearly 30 years. After retiring from Bituminous a friend talked him into a second career with Petrosurance.

Kinman played pool into his late 80’s. At 85 he called Dan Janes of Joss Cues to discuss having a new cue made. 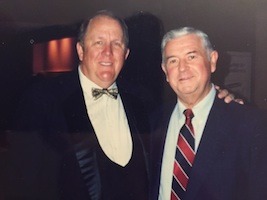 It was said that the charities of the world will be diminished with Leroy’s death, as he rarely passed up the opportunity to give to causes as diverse as America itself. Leroy was respected by those who knew him as a faithful friend, loving husband, father and grandfather, and generous benefactor to many.