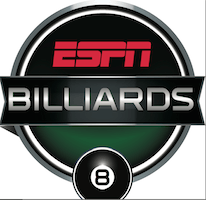 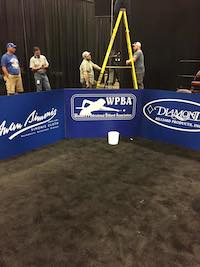 FREE admission to ALL ages: Bring the Kids!

WHERE: LIVE from the Arena at the Taj Mahal, Atlantic City, New Jersey

The HALL OF FAME CHALLENGE CUP, MEN’S INTERNATIONAL CHALLENGE OF CHAMPIONS, WOMEN’S TOURNAMENT OF CHAMPIONS, and TRICK SHOT MAGIC will be held September 20, 21 and 22 at the Official Host Site, Taj Mahal, the Arena, in Atlantic City, New Jersey, close to the cities of Philadelphia, Wilmington, Newark, New York City, Baltimore and Washington, DC.

The events are widely considered the toughest tournaments to win in professional billiards. Once each year, international champions are battling in short, sudden-death shootouts with pressure-cooker formats and the largest prize money in pool’s special events. And, the winners claim one of the most coveted titles in pool – Champion of Champions! FREE ADMISSION to the events in the Taj Mahal Xanadu Theater on a first come, first seated basis and open to all ages.

On September 20 at 2pm, Taj Mahal will host the WPBA sanctioned HALL OF FAME CHALLENGE which will highlight WPBA Hall of Famers Vivian Villareal and Ewa Laurance contending for the title “Hall of Fame Challenge Cup Champion.”

Ewa Laurance (USA) is the holder of multiple World and US Open 9-ball titles, and has also won the Swedish, European and US National Championships in her 20 year plus, remarkable career. A former #1 ranked player in the world, Ewa has received Player of the Year honors, been named WPBA Sportsperson of the Year and, in 2004, was inducted into the prestigious Billiard Congress of America Hall of Fame.

Vivian Villarreal (USA) is one of the most exciting players to watch and is nicknamed the “Texas Tornado.” She has been consistently ranked as one of the world’s top women’s billiard players for the past 20 years and held the #1 world ranking five times. She has won a total of 19 WPBA Classic Tour titles and is the ESPN World Open Champion.

On September 20 at 3pm, Taj Mahal will host the INTERNATIONAL CHALLENGE OF CHAMPIONS presenting the top male players in the world:

On September 21 at 3pm, Taj Mahal presents the WPBA sanctioned TOURNAMENT OF CHAMPIONS which will highlight the 4 most accomplished women champions contending for the title Champion of Champions:

On September 22 at 2pm, the Taj Mahal welcomes the return of the highest rated pool tournament ever shown on ESPN, TRICK SHOT MAGIC. Four of the most talented trick shot competitors in the world will compete for a sudden-death prize in television’s most exciting format:

The latter three events are each regarded as the supreme test of skill and imagination in billiards. The players are so evenly matched that any one player could beat the others on any given day.

The HALL OF FAME CHALLENGE, INTERNATIONAL CHALLENGE OF CHAMPIONS and the TOURNAMENT OF CHAMPIONS are 9-Ball with a format of two sets and, in the event of one set each, a one game, sudden-death tie-breaker.

TRICK SHOT MAGIC presents the greatest individual trick shots selected by each player which then must be matched by their opponent. The sudden-death tie-breaker to decide a match requires an incredible eight rail bank shot onto the face of a $100 bill. All in all, the 4 events offer the wildest shootout of the year.

COME MINGLE WITH THE PROS: And, as if that weren’t enough, for a few hours each evening, the pros will be practicing in the Taj Mahal retail area and be available for autographs to audience members and pool fans alike. You might also get tips on improving your game.

Taj Mahal, the Official Host Site, is a 24-hour gaming and entertainment destination on Atlantic City’s world famous boardwalk. When you decide to name your casino resort after one of the original Seven Wonders of the World, you are setting the architectural bar fairly high. The landmark Taj Mahal in Atlantic City lives up to its legendary name. Unprecedented in craftsmanship, size and opulence, the awe-inspiring architectural masterpiece is a sight to behold. Check into your palace away from home and enjoy luxurious accommodations, spectacular concerts and shows, thrilling gaming action, tempting gourmet and casual restaurants and a night life that never sleeps. At the Taj Mahal, the excitement goes on, and on, and on. Located at 1000 Boardwalk at Virginia Avenue, the Taj Mahal offers 2010 rooms and suites plus more than 25 places to shop, eat, party and have fun. Taj Mahal will make all three events in the Arena ADMISSION FREE to pool fans of all ages. Parking is available for a small fee.

The 2016 events are produced by Billiards International. For best seats, arrive early for each tournament session.

Hotel rooms are available to make an enjoyable getaway at the spectacular at the Taj Mahal. Hotel reservations can be made online or by calling 609-449-1000. Make your plans today to attend the HALL OF FAME CHALLENGE CUP, INTERNATIONAL CHALLENGE OF CHAMPIONS, the TOURNAMENT OF CHAMPIONS and, TRICK SHOT MAGIC, September 20, 21 and 22 at the Taj Mahal. The Taj Mahal is remaining open through October 10, 2016.