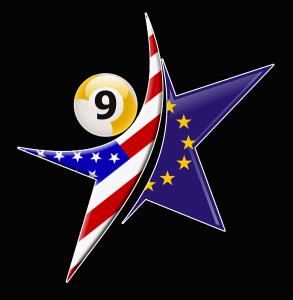 Organizers of the 2015 Atlantic Challenge Cup announced today that Dynamic Billard will be the official table supplier for the inaugural event taking place in Rankweil, Austria, July 1-4, 2015.

Dynamic Billard, well known for its support of the Eurotour and the European Championships,  has agreed to supply one of their match tables for this great event. Dynamic has been making a match table for the EPBF events since 2011 and the major difference is in the pocket sizes. Corner pockets are 110mm +/- 2mm with the side pockets 125mm +/- 2mm – making the pocket sizes the smallest on an official competition table and one that is used at all EPBF events.

“We are very pleased that Dynamic are joining us in promoting this event and I do believe that the players will appreciate the tighter pockets as it will require more skill and less luck in making the balls,” said IBPF president David Morris.

The Atlantic challenge Cup is a new event between the best of the youth from Europe and America. Six players in each team, four boys and two girls, will battle it out to see who will have the bragging rights across the Atlantic.

Along with the Dynamic match table, Iwan Simonis 860 cloth and Super Aramith TV Pro-Cup Pool Ball Sets make up the equipment that will be used during the event. “It is a dream come true to have the best equipment used during this tournament and I could not be happier in having these partners with us on this magical journey,” said David Morris.

The event takes place between the 1st and 4th of July in Patricks Canadian Tavern in Rankweil, Austria.

The event is organized by the EPBF/IBPF in conjunction with the BCA & BEF.