(Dragon Promotions – Manila, Philippines, Oct. 3, 2015) –  Efren has his Django, and Mika will have his Dynamite. World 9-Ball & 10-Ball Champion, and twice US Open Champion Darren Appleton of England will be anchoring the powerhouse Team West.  The World #2 says the Kings Cup is something that has been long awaited for and he is ready to rumble. 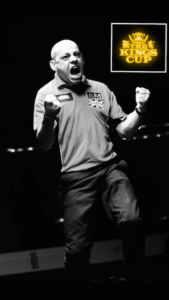 European and American champions will go against Asia’s champions on November 19th at Resorts World Manila Casino & Hotel in the inaugural Kings Cup! In what surely will become the most epic rivalry in cue sports, the pool world is about to get rocked in a war that fans have been dreaming about for years. Dragon Promotions is pleased to announce the Kings Cup, a first time ever event pitting the men’s champions of Europe & USA versus the champions of Asia in a three day contest to declare which side is the strongest, the East or the West. On November 19th-21st  2015, the world, as well as the players themselves, will find out!  Four players on each side will be selected to represent their continent. The Kings Cup will be hosted by the award winning Resorts World Manila Casino & Hotel and produced by Dragon Promotions.

“Its an honor to be chosen to play in the first ever Kings Cup and I look forward to it. East versus West…its been a long time coming”, said Appleton.

“Darren is obviously an amazing player and amazing team player. We get along really great and have a tremendous amount of mutual respect for one another”, said an enthused Mika Immonen who will captain Team West. In an interview, Mika had named Appleton to be his first choice if he could pick a player for his side. Wishes do come true. 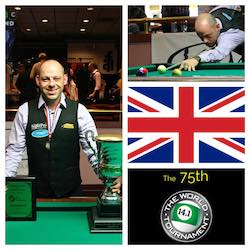 The ultra consistent Darren Appleton joins Mika Immonen, Efren Reyes, & Francisco Bustamante in what’s sure to go down as one of the greatest rivalries ever.

“Darren has had the most international wins in majors than any professional  player in the past 9 years. And with his titles in multiple disciplines in the World 14.1, One Pocket, and Chinese 8-Ball, he stands above even other European and Americans. So he was an obvious choice for the team.” said Kings Cup executive producer Charlie Williams of Dragon Promotions. ” I was at his wedding when he announced how Mika Immonen was one of his biggest inspirations learning pool. That says a lot coming from one world champion to another. Means they get on really well together. And that chemistry is going to play into the Kings Cup, ” 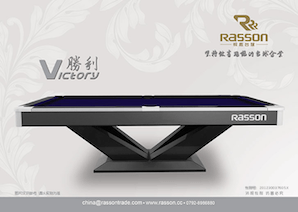 The Victory made by Rasson and will be used during the Kings Cup along with Andy Cloth & Viking Cue. The event will be played on the beautifully designed Rasson Table using Andy Cloth, Viking Cue, Pool & Billiard Magazine, and Billiards Digest are also co-sponsors.
Darren Appleton began playing English pool at age 12 and later become the world #1 at it. In 2006, he switched over to American pool and in two years time, he won the World 10-Ball Championship. Since that time he has won two US Open Championships, gold medal at the World Games, and in 2012 won the World 9-Ball. In 2014 he won the World 14.1 and still holds a world record of a 200 ball run of any major straight pool championship. In 2015, Appleton won the Chinese Pool World Championship by defeating the reigning World Snooker Champion Mark Selby in the finals. Appleton has also been a staple for Europe in the Mosconi Cup where they have defeated the USA resoundingly the past 5 years in a row.

“Playing center stage in front of an excited crowd on a globally televised event…well, its the reason why we play.  I’ve played many times live in the Philippines against Efren and Bustamante, so i know what to expect ..it brings excitement and nerves which is important to get the juices flowing and get in the zone”, explained Appleton.

“Mika will be a good leader and his experience will help the other members. Plus Mika has a really good record in Asia which will help us further”, said Appleton. For Team Asia he replied, ” Efren is the greatest player of all time. His teammates will want to win for him and will play hard for him, so it will be very exciting.”

Williams adds, “That’s a good point by Darren. Imagine Efren Reyes in your corner, the greatest who ever lived, rooting you on every match. That’s surreal inspiration.”

The next members of both teams will be announced this week and next.
Follow the Kings Cup at www.facebook.com/kingscuppool and visit www.KingsCupPool.com for updates.
Fans and sponsors can e-mail dragonpromotionsnews1@gmail.com