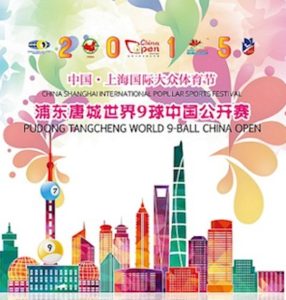 This year’s China Open 9-ball Championship will be held July 2-5 in Shanghai, China. The venue will be once again at at the Shanghai Pudong Yuanshen Stadium.

This tournament is going to be one of the toughest win of the year. It boasts a field of over 100 of the best men and women players from all over the world gathered in Shanghai.

Now in its sixth year, the China Open venue will be at the Yuanshen Stadium.