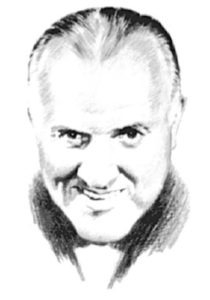 Willie Hoppe, whose brilliant career was one of the longest in the annals of the sport, is considered by many to be the greatest all-around billiard player of any era. In 1906, at the tender age of 18, Hoppe won his first world’s title by defeating the renowned French champion, Maurice Vignaux, at 18.1 Balkline in a memorable match in Paris.  He went on to win the 18.2 Balkline and Cushion Carom titles and years later, between 1936 and 1952, held the Three-Cushion title 11 times.

About the Billiard Congress of America Hall of Fame A Tradition of Greatness Over Four Decades: Recognizing Outstanding Players and Contributors since 1966. The purpose of the Billiard Congress of America Hall of Fame is to honor outstanding people who, through their competitive skills and dedication, have enriched our sport and industry.

The Meritorious Service category shall be reserved for those who have made lasting, memorable and important contributions to billiards. For more information on the BCA Hall of Fame, CLICK HERE