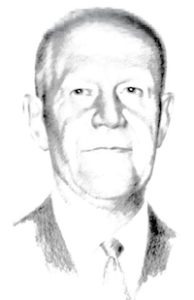 Called the Stradivari of his trade by those who know, Herman Rambow crafted custom cues for the greatest players in billiards over the course of a 65-year career.  Captains of industry and celebrities of the entertainment world also beat a path to his door to have the privilege of paying from $50 to $300 for one of his perfectly-balanced “Rambow Specials.”  It was Herman who perfected the jointed cue by inserting a countersunk screw in the recessed butt end, making an extra-sturdy connection.  Only death at age 86 stopped the craftsman from his labor of love.  To billiard cognoscenti the world over, there will never be another Rambow.