The Atlantic Challenge Cup got underway Wednesday, July 1 and ran through Sunday (July 4). The competition featured the best six junior players (four boys and two girls) from Europe and America to see which team would have the bragging rights across the Atlantic. The event took place at Patricks Canadian Tavern in Rankweil, Austria. In each Match Session, the winning team earned a point. The contest was a Race to 11 Match Points. (Following is the four day results compilation by Pool & Billiard Magazine.) 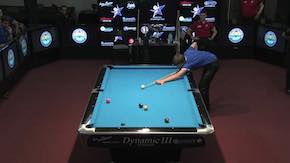 The scheduled last Match #21 between Raphael Wahl (GER) and Tyler Brandom (USA) did not need to be contested. Congratulations to Team Europe on earning the historic inaugural Atlantic Challenge Cup. Congratulations to Team USA for a being a very worthy opponent in a tournament well played. The pool and billiard world is already looking forward to a Europe and USA re-match in 2016 and in many years to come! 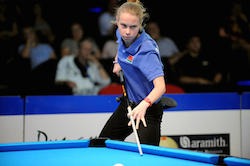 DAY THREE – A total of seven Matches (#9 through #15) were played out on Day Three of the Atlantic Challenge Cup. The day started with Team Europe leading Team USA by 2 Match Points: Europe 5 – USA 3. Both Match #9 and #10 were mixed scotch doubles (girl and boy) alternate shots, race to 6. In Match #9, Marharyta Fefilava (BLR) and Maxim Dudanets (RUS) defeated Nick Evans and April Larsen, 6-4, increasing Europe’s Lead: Europe 6 – USA 3. In Match #10, Team USA’s Drake Niepoetter and Taylor Hansen lost to Raphael Wahl (GER) and Kristina Tkach (RUS), by a score of 6-5. Europe 7 – USA 3. Matches #11 and #12 were singles, heads up races to 6. Match #11 saw Daniel Tangudd (SWE) over the USA’s Tyler Brandom. Europe 8 – USA 3. In Match #12 the USA’s Joss Franklin struck back with a 6-3 victory over Germany’s Raphael Wahl. Europe 8 – USA 4. Matches #13 and #14 were once again mixed scotch doubles (girl and boy) in a race to 6.  Europe’s Daniel Tangudd (SWE) and Marharyta Fefilava (BLR) got the win in Match #13 (6-5) over USA’s Taylor Hansen and Tyler Brandom. Europe 9 – USA 4. But in Match #14 it was all USA with Joss Franklin and April Larson getting a 6-3 win over Patrick Statkiewicz (POL) and Kristina Tkach (RUS). Europe 9 – USA 5. The final Match of Day 3, was a must win for Team USA to keep Europe off the hill in the race to 11 series. Match #15 was a doubles match-up between USA’s Nick Evans and Drake Niepoetter against Europe’s Maxim Dudanets (RUS) and Raphael Wahl (GER). Team USA prevailed with a 6-4 victory taking the Atlantic Challenge Cup into the last day of competition on July 4. Europe 9 – USA 6. Six singles matches are scheduled for the final day. Europe needs to win two of the six to win the CUP. The USA has their work cut out for them, needing to win 5 of the six battles. (Pictured above is Marharyta Fefilava (BLR), who scored two victories on Day 3 to help keep Europe in the lead) 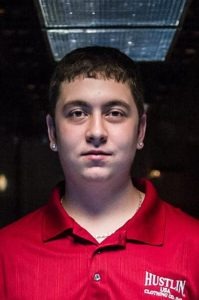 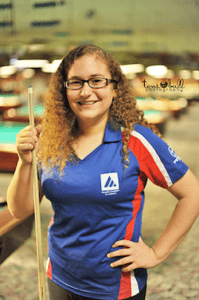 DAY TWO – There were five Matches (Match #4 through #8) and 5 Match Points to be earned. Match #4 and #5  would be scotch doubles with a girls pair and a juniors pair, alternate shots. Team Europe won both Matches and went ahead Europe 4 – USA 1. Match #6,#7, and #8 were each three singles matches with 3 selected players from each team going head to head in a race to 6 games. Nick Evans (USA) defeated Patrick Statkiewicz (POL) 6 games to 3 to bring the Match Score to: Europe 4 – USA 2. In Match #7 Maxim Dudanets (RUS) edged out Drake Niepoetter (USA) 6-5 to extend Europe’s lead: Europe 5 – USA 2. In Match #8, the final of the day, April Larson (USA) earned her team a point with a 6-3 win over Marharyta Fefilava (BLR) to keep Team USA in the hunt for the Cup. Europe 5 – USA 3.

DAY ONE – In the first of three matches (Match #1 through Match #3), the contest was 9 sessions (race to 6) between individual players chosen from the six on each team. Team Europe came out on top with 6 wins to Team America’s 3 wins and earned the first Match Point. Europe 1 – USA 0. Match #2 and #3 on Day One consisted of 9 sessions competed individually between 2 boys and 1 girl chosen from each team in a singles a race to 6. Team USA won the first of the last two matches of the day (6-3) and tied Europe in Match Points 1-1. However Europe won Match #3, the last match of the day 6-3, to end Day One with a one Match Point lead: Europe 2 – USA 1.