LAKE SAINT LOUIS, MO (July 26, 2017) — A record number of aspiring young APA members from across North America made their way to Davenport, Iowa in early-July for the APA Junior Championships. 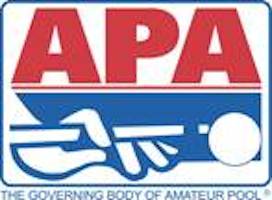 After four-days of having fun, making new friends from across the country and playing their hearts out on the pool table, four new champions were crowned in each tier of the Junior Championships.

In the finals of the Green Tier (Skill Levels 1-2), Kaleb Frazier of Jackson, Miss., defeated Madison Glenn of Lawton, Okla. Glenn finished Runner-up. Gianluca Hackembruch of Ontario, Canada, and Maile Cook of Sedgewickville, Mo., tied for 3rd Place in the Green Tier which featured the largest number of competitors in this year’s event with 120 participants.

In the finals of the White Tier (Skill Levels 4-5), Hayden Hill of Cordova, Ill., defeated Hayden Sheeler of Ankeny, Iowa. Sheeler finished Runner-up. Cameron McBride of Fenton, Mo., and Beck Matthews of Louisville, Ky., tied for 3rd Place in the White Tier which had 58 participants.

The APA, based in Lake Saint Louis, Mo., sanctions the world’s largest amateur pool league, known as the APA Pool League throughout the United States, and as the Canadian Pool League in Canada. Nearly 250,000 members compete in weekly 8-Ball and 9‑Ball League play. The APA is generally recognized as the Governing Body of Amateur Pool, having established the official rules, championships, formats and handicap systems for the sport of amateur billiards.

For more information on the American Poolplayers Association, visit www.poolplayers.com.