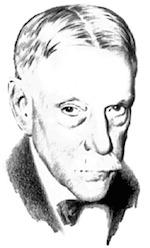 The career of the distinguished Cuban champion Alfredo de Oro encompassed both Three-Cushion and Pocket Billiards and spanned the closing decades of the 19th century and the opening decades of the 20th.  De Oro, who served in his country’s diplomatic corps, first gained the Pocket Billiard crown in 1887.  He was to repeat the achievement 16 times in the next 25 years.  De Oro held the Three-Cushion title 10 times from 1908 through 1919. In 1934, at the age of 71, de Oro came out of retirement for a Championship Tournament, winning two dramatic victories from defending champion Welker Cochran and the ultimate winner of the tournament, Johnny Layton.