Jayson Shaw is the hot favorite as the sport’s newest pool tour gets ready to kick off in New York City. 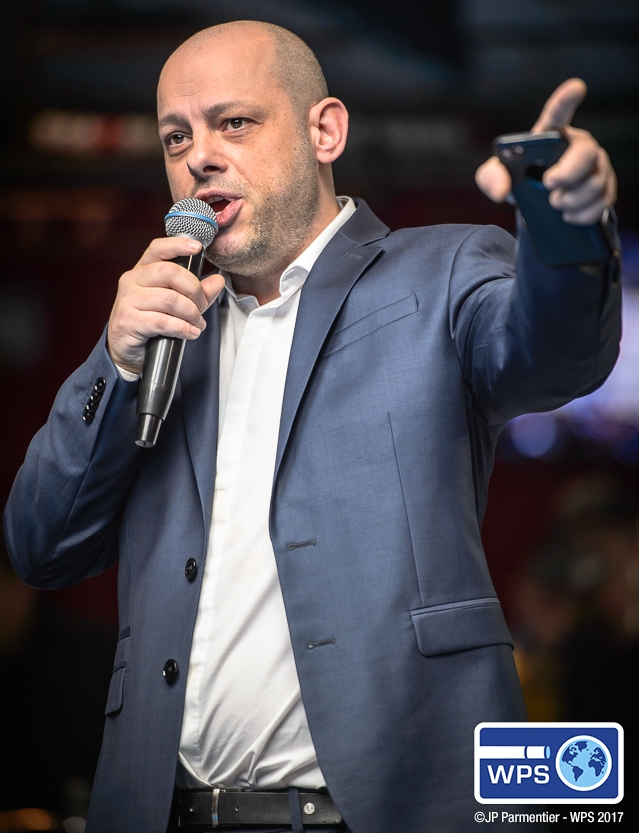 (New York City)–It’s common at big international pool tournaments wherever the greats of the game come together, that a buzz of anticipation courses through the hotel lobby or the arena where the players gather the day before at the players meeting. But at Steinway Billiards in the Astoria, Queens section of New York City on Friday night, that buzz had some noticeable extra juice to it.

That’s because the newly formed World Pool Series, a four event tour that begins Saturday and will play out over the course of 2017, seems to have all the ingredients to finally offer long suffering professional pool players something they haven’t had in a long time; a player centric tour with a solid plan for growth. The fact that it’s all been put together by one of the game’s greatest and most respected players, England’s Darren Appleton, has surely boosted players’ belief that this tour will be a major part of their future as players.

The first event of the new 8-ball tour, The Molinari Players Championship, kicks off at Steinway Billiards in New York City on January 14 and concludes on Jan. 17.  119 players from 35 countries will be slugging it out in 8-ball for over $100,000 in prize money. The winner will collect $20,000.

The next three events, The Aramith Masters Championship, The RYO Rack Classic Championship, and the Predator World Series Championship, tentatively also scheduled to be held at Steinway, will be held in April, July and September respectively, with the final event being billed as the Grand Finale. The total prize fund for the four events will be around $425,000 with $85,000 of that being added money.

The WPS is organized as a tour, with rankings points from earlier events carrying over to later events and determining entrants and seeding’s, and even who qualifies for the following year’s tour.

It’s no surprise that the betting favorite coming into the Molinari Players Championship is Scotland’s Jayson Shaw. Shaw lit up the pool world in 2016 and began 2017 right where he left off by taking the Turning Stone Classic last week.  Shaw lives only one hour away from New York in Connecticut and is brimming with confidence. The fact that English 8-ball is the Scotsman’s original cue game should serve notice to the rest of the field.

With its offensive nature, 8-ball can be highly unpredictable, however, especially at the pro level. A look at the talent gathered today at Steinway represented a who’s who of pool’s greats. Amongst the sea of players were world champions Ralf Souquet, Johnny Archer, Earl Strickland, Thorsten Hohmann, Mika Immonen, Karl Boyes, Alex Pagulayan, Francisco Bustamante and Dennis Orcollo.  A sizeable contingent came all the way from Australia. All of the big names from Europe made the trek, as did a handful of the always tough Filipinos. 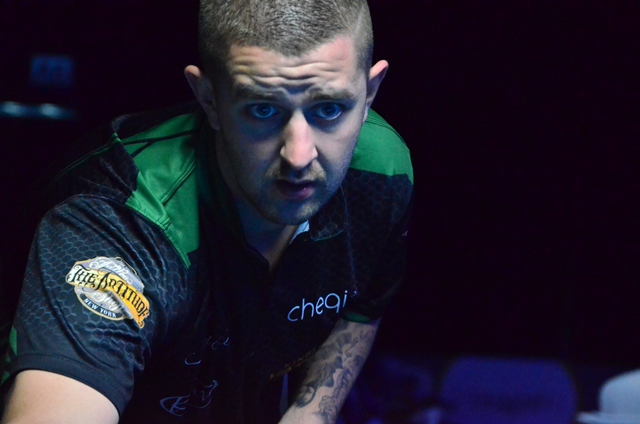 The hottest player in pool, Scotland’s Jayson Shaw has high hopes for his chance in New York this week and for the World Pool Series’ success.

No matter what happens over the next four days at Steinway, everyone in attendance today was in agreement that this was just the beginning of something very positive for the sport, a tour that can grow and provide regular playing and earning opportunities for the game’s long suffering players. And there was one man everyone wanted to talk about.

Hall of famer and pool legend Nick Varner, who will be doing commentary for the live stream of the WPS, believes one of the tour’s strength’s is the tours commitment to showcase  8-ball. And, of course, the fact that Appleton has been the main man pushing the tour forward.

“For most people, when you say 8-ball, that means pool,” Varner said. “There’s a lot of strength in that. The public can relate to 8-ball. In the United States you have leagues across the country. You’ve hundreds of thousands, if not millions playing in their local locations every week in an organized league and they mostly play 8-ball.

“I’m really excited about this event and tour. Darren is the driving force. I think from his travels around the world and his performances he can get a lot of people’s attention. He does have a great personality and people like him. That opens a lot of doors for him. 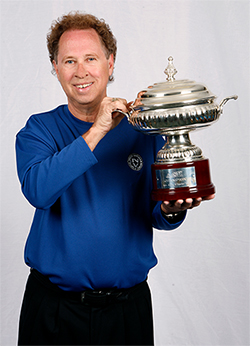 “Darren has worked really hard and it looks like he’s put together strong sponsorship.  And that’s what it’s going to take. That’s the bridge we’ve never been able to cross in pool, corporate sponsorship. We’re always limited. The purses are mostly made up of player entry fees. We are limited on how high the prize money can really get. And we rely so much on sponsorship from our industry and they can only do so much. We’ve got to get sponsors that the other sports get. If he can be successful in these four events, he can have a good platform to build from.”

Manny Stamatakis, the owner of Steinway and a partner of Appleton’s in the WPS, concurred with Varner.

“I’m very excited to be working with Darren,” Stamatakis said. “What he understands is that you have to throw money out of the window, in order for it to come back in. That’s what we’re doing. We are not here to make a profit. One day we will, but as of now, it’s all for the love of the game and try to build something beautiful.

The sponsors like the vision of it, that it’s four events and it’s just going to grow. It builds, there’s qualifiers. It’s something that is ongoing all year long. These things are what makes this tournament great. There’s not that many events out there that you can play for $20,000 first prize. And that’s just a start.

“If it wasn’t for Darren it never would have happened. His reputation is amazing. He’s probably the most loved player in the game. The guy is pure class. The players are going to love it, and that’s the bottom line.