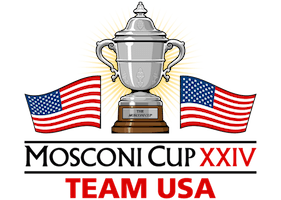 WITH THE qualification period for Team USA spots now complete, it was Shane Van Boening who topped the ranking after another stellar eight months that saw him record a string of victories. With qualification for the 2017 Mosconi Cup on a different footing, players needed to have finished in the top ten of the ranking to have a chance of being selected for the team by USA captain Johan Ruijsink.

To give himself what he feels is the best possible chance for the USA to win the Mosconi Cup for the first time since 2009, the captain will pick his side from the top ten with the option of going outside the ten for one of his picks should he feel it necessary.

Ruijsink is expected to name his full side early this week.

The 24th running of the Mosconi Cup takes place from Monday to Thursday 4th to 7thDecember at the Mandalay Bay Resort in Las Vegas. The defending champions are Europe as Team USA look for their first victory in eight years.

2017 MOSCONI CUP is sponsored by Rasson Billiards who supplies the Official Table; the cloth is supplied by Iwan Simonis and the Official Balls are Super Aramith by Saluc. Predator is the Official Cue of the event and Ultimate Team Gear provide all Mosconi Cup apparel.

For full rankings to www.matchroompool.com/mosconi-cup

Tickets for the Mosconi Cup are available from www.mosconicup.com